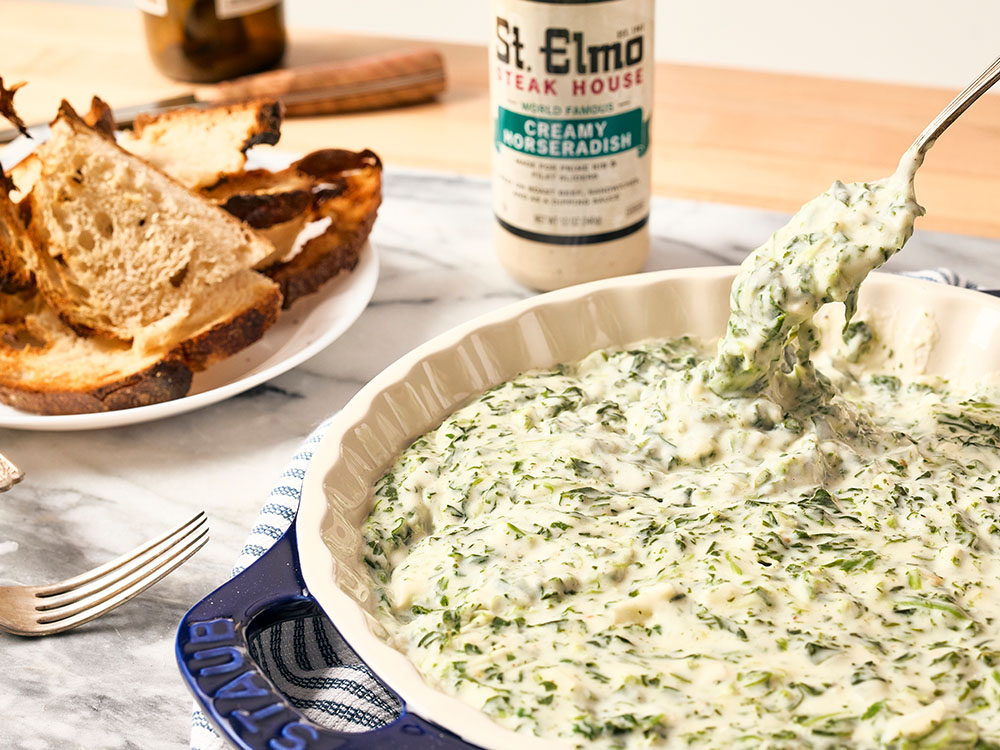 1. Heat oil on low in a large pot (10 inch or bigger). Once the oil is hot, add the onions and garlic. Cook until onions begin to sweat.
2. Add the flour and stir. Cook for approximately 5 minutes, stir frequently. Do not let flour brown.
3. Add chicken stock and stir until fully incorporated. Bring to a simmer and cook for 5 minutes.
4. Add half & half and bring to a simmer. Let simmer for 10 minutes. Stir in 4oz of parmesan and cook until thick.
5. Remove from heat and transfer to a mixing bowl.
6. Add salt, pepper, sour cream, Creamy Horseradish and 1oz parmesan to mixing bowl and stir.
7. Chill in refrigerator for 1 hour.
8. While chilling, roughly chop blanched spinach.
9. Once chilled, fold in Monterey Jack cheese and blanched spinach.
10. Heat in skillet or microwave to serve. Garnish with remaining parmesan cheese and serve with tortilla chips or toasted bread.