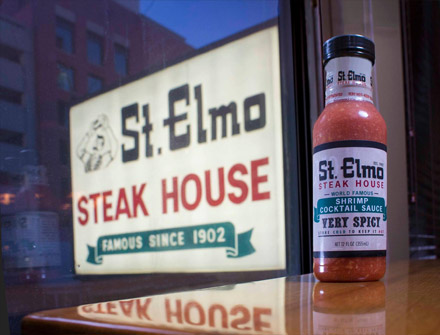 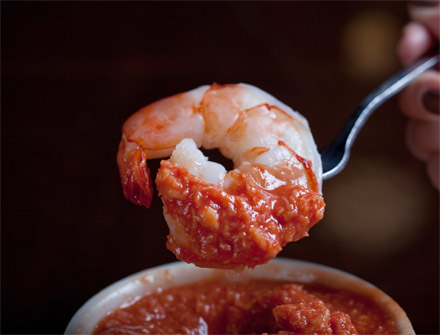 Since St. Elmo Steak House was founded in 1902, they have been serving their outstandingly spicy shrimp cocktail sauce. Over the years, they received national acclaim for their sinus-clearing sauce and it became world famous for its one-of-a-kind heat. Naturally, guests of the steakhouse, especially those that don’t live in Indiana, frequently requested that the fiery cocktail be bottled so they could enjoy it regularly at home.

So, a few years ago, St. Elmo Steak House finally decided to package the sauce and take it to retail. In short time, the famously spicy cocktail sauce found its way onto shelves nationwide in Meijer and Fresh Thyme and regionally in Costco, Whole Foods, Kroger, and Target. The popularity of the sauce led to packaging the famous steakhouse’s proprietary blend of seasoning, which is also now in retailers nationwide and regionally.